Since  I had some feedback from sharprd users, I decided to release a new version, which doesn’t feature many updates, but some of them are critical for the usability.

There’s also an attempt to enable remote program execution, but the lack of documentation about it, only resulted in preparing the required user interface. 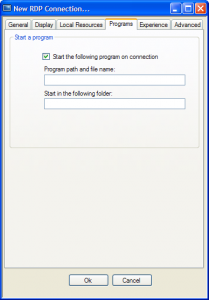 Hope this one will make you happier, but feel free to comment with further feature requests.